What am I tweeting?

The findings within are the final and mandated recommendations from this audit board and are summarised here.

Thank you for allowing our assessor access to the Isla Nublar resort for the requested welfare audit of your animals.

As discussed, we used a modified version of the Welfare Quality protocol for your animals, although we recognise that the background to the behavioural measures we have adopted is necessarily missing given the unique nature of your livestock. In spite of this, our assessor is confident that the report is full and comprehensive.

1.1 Introduction
The protocol we have chosen investigates different measures of animal welfare, namely:

We investigated different measures over the five welfare domains, namely:

The full findings, along with scores, are provided in the attached report. In this executive summary we would like to draw your attention to a few key areas.

2.1 Animal Nutrition
Overall we your facility received a ‘Good’ score for its work on animal nutrition. For herbivorous animals you show particular attention to providing natural forage and different foraging opportunities. This is particularly notable in your mixed herbivore environments where different aspects of the ecosystem are utilised.

Animal based measures (Body Condition Score) were considered to be good for the herbivores with no obese or very thin animals found within the herds. Hands-on scoring was conducted for several animals, although the assessor concedes she was perhaps ambitious in trying to BCS the brachiosaur.

However your carnivorous animals have less options and there was a disturbing management strategy of providing extra feeding opportunities to provoke behaviours that might excite your guests. This is not an adequate nutritional strategy.

It is also necessary to mention, although not part of the welfare audit, that live feeding of vertebrates is illegal in many countries including the one INGEN is registered in. The goat does not have the option of avoid the T-Rex, and this is not considered a humane death. The environmental enrichment provided to the T-Rex through hunting may be provided through other means.

This score was primarily due to the management-based measure of ‘Number of Veterinary Staff’. You appeared to have minimal veterinary staff at any one time, in fact the assessor encountered only one. The assessor would like it noted that this professional seemed overworked and that this may well be a potential source of welfare challenges – this veterinary staff member seemed unable to recognise pupil dilation, and it is entirely possible some species have been misidentified, namely velociraptors.

In addition, there were high incidences of disease such as bumblefoot and colic, some of which seemed to go unidentified by said veterinary member of staff. There was also little provision for recuperation away from the visitors eyes. In fact one diseased animal was recuperating still on the main trail (the assessor notes that having such a delineated route through the park may be unwise regardless due to the possibility of small breakdowns stopping the entire tour).

As a corollary there was an unacceptable level of mortality in the velociraptor pen due to aggression (see 2.4)

2.3 Animal Environment
Overall your facility received an ‘Excellent’ score for environment which was considered to be varied, extensive and with plenty of opportunities for behavioural enrichment.

2.4 Animal Behaviour
Overall your facility received a ‘Poor’ score for Animal Behaviour, based principally on the animal based measures (namely >50% mortality rate due to aggression in the velociraptor pen) and management measured (namely enforced human interaction after hatching, enforced all-female groups). 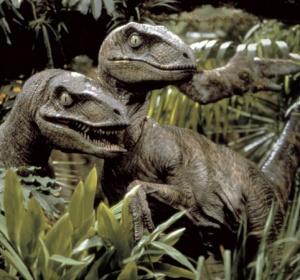 Note absence of lesion scores which would be indicative of aggression, suggesting this group has settled.

2.4.1 Mortality Rate
We feel it is important to highlight within this executive summary the mortality rate in the velociraptor pen which is a deeply worrying indicator of poor welfare and must be addressed immediately.

Of 8 initial animals, a further dominant female was introduced who induced aggression related fatalities on 6 of the others, resulting in a 67% mortality rate in the velociraptor pen purely down to aggression. Not only is this a terrible welfare issue, but the assessor was confused as to how this was allowed to continue from a return of investment perspective, as the group appeared to be stable before the introduction of the dominant female. In the instances of extreme aggression, the dominant individual could have been separated from the group or indeed culled, presenting the majority with better welfare. This mortality rate can therefore be attributed to poor management decision, lack of facility to separate the animals, and lack of animal supervision.

It should be noted that much of the animal monitoring was done remotely, and this may be a contributing factor to many of the welfare challenges.

2.5 Animal Affective State
Qualitative Behavioural Assessment was used to assess affective states of your animals. However, due to the relative lack of experience the assessor had with your type of livestock, and the relatively few members of your staff which appear to have experience with the livestock, this score was not recorded.

In general, the assessor found the animals to be agitated and excitable.

2.6 Management of Facility
The level of automation, while impressive, had few redundancy measures and left the animals vulnerable to being unsupervised. The near-complete evacuation of the facility when a storm arrived raises serious questions as to the contingency planning should a fence go down.

Staff were generally lacking in training and safety procedures for animal handling. Again the velociraptor protocols must be highlighted.

3.1 Conclusions
Overall there were several elements of the welfare audit which caused great concern, of which we highlight the lack of staff, staff training, and contingency planning for behavioural issues. These three issues need urgent addressing.
In the end, Mr Hammond, after careful consideration I have decided not to endorse your park.

I am very excited about Jurassic World coming out soon. I wanted to set a task like this for one of my classes but I didn’t think the external examiners would ever let me get away with it – so here it is!

[…] week we have to revisit the Isla Nublar welfare audit to talk about one of Jurassic World’s best loved scenes . . . the petting […]

Fancy getting a private blood test? I did . . .

If We Should Dress for Sun or Snow

Despite feeling pretty good about my work-life balance last year, I’ve been a little humbled by 2019 so far. My personal life has needed more attention than my work life, and I’ve been feeling guilty about shifting the focus.